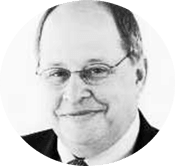 Mr. Abrams has sat on the corporate boards of a diverse range of public and private companies (established entities and start-ups) and has extensive experience in strategic planning, capital structure, public market launches and research. He specializes in emerging growth companies in several areas including: technology, drug discovery technology services, consumer products, big data and online job placement.  Mr. Abrams was  a co-founder of Inter-Mix Media Inc., and assisted in the launch of an entertainment destination portal that had annual revenues of over $100 million. Intermix launched many Internet sites including MySpace and was sold to NewsCorp in 2005 for $580 million.

Mr. Abrams was also the co-founder of The Software Toolworks Inc., a California based software development company where he was responsible for all operational functions in its growth from start-up to $50 million in revenue and directed over 10 M&A transactions. He negotiated and raised two secondary offerings for over $100 million, opening offices/joint ventures in the U.K., France, Germany, Japan, China, Southeast Asia, Australia and South America. This ultimately led to the company’s acquisition 1994 by Pearson, PLC for $462 million.

He was a seed investor and advisor to  (NASDAQ: ZAGG) where he co-engineered a public offering for this mobile accessory company. The market cap was increased from $13 million to $300 million during Mr. Abrams tenure as an advisor.

Mr. Abrams holds a B.A, Economics (SUNY, Buffalo, NY) and an MBA Degree (University of Rochester, NY). He was an Adjunct Graduate Faculty Member at the Central State University, and a Professor of Accounting, Finance and Statistics, MBA Program. Mr Abrams is a member of the Simon School Executive Advisory Committee and the William E. Simon Graduate School of Business, University of Rochester.